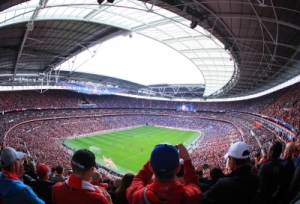 In 2013, a major drug scandal erupted in the Australian Football League (AFL). Following on the back of a number of highly publicised drug and doping scandals in other sports around the world, claims emerged that one of Australia’s oldest sporting clubs – the Essendon Football Club – may have administered substances prohibited for athletes under the World Anti-Doping Agency (WADA) code to several of its footballers and other staff. The ‘supplements scandal’, as it came to be known, turned out to be one of the biggest media stories of the year.

SSAC’s Dr Kate Seear was interviewed by ANEX as the story unfolded throughout 2013. Seear spoke about the role of the club’s coach, James Hird, and the allegation that he had received injections of certain (licit) substances at the club. The possibility that Hird had been injected generated enormous media interest. She discussed why injecting, in particular, appeared to be of such concern, highlighting some of the symbolic and material associations between injecting, illicit drug use and addiction that may have underpinned media and public concern about Hird’s alleged conduct. Seear also considered the implications of this reporting for compounding the stigmatisation of injecting drug use and/or addiction.

You can read the full interview in the ANEX newsletter here.