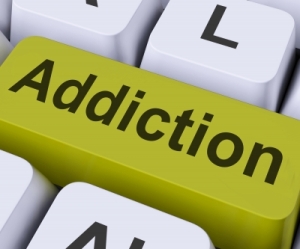 After the February 2014 death of American actor Phillip Seymour Hoffman, ABC Radio’s ‘Talking Point’ program hosted an hour-long special dedicated to a discussion of addiction and injecting drug use. With SSAC’s Dr Kate Seear as the program’s expert guest, host Rod Quinn explored a series of issues. In a wide-ranging discussion, Dr Seear discussed the history and emergence of ‘addiction’ within the context of alcohol and other drug use, and highlighted the complexity and multiplicity of meanings associated with addiction.

She also emphasised recent research findings, including those of SSAC’s Coordinator Suzanne Fraser and colleagues (Mutsumi Karasaki, David Moore and Paul Dietze), where it was found that there is a general lack of consensus among policy makers and service providers about the ‘nature’ and key ‘concepts’ of addiction. According to Seear, it is vital that we remain alert to this complexity, contestation and debates across the field, as they flow through to service provision and policy, and are likely to profoundly shape the lived experiences of people who use alcohol and other drugs, or who understand themselves to be experiencing an addiction.

Dr Seear also explained the value of qualitative research, including research that engages with affected communities, and the importance of listening to narrative, in-depth accounts from people who inject drugs or consider themselves to be ‘addicts’. In particular, she argued that policy responses need to be grounded in the experiences of ‘addicts’ themselves if they are to have the best chance of resonating with affected groups.