Continuing the research she began during her 2013 visit to Stockholm, SSAC program leader Suzanne Fraser is now organising a second research trip in early 2015. The research is part of her Australian Research Council Future Fellowship program, which is primarily based on comparative study of four national policy settings: two Australian states, New South Wales and Victoria; Canadian province British Columbia; and Sweden. During her first trip A/Prof Fraser collaborated with researchers at Stockholm University’s AOD research centre, SORAD – Professor Jukka Törrönen and Dr Mimmi Eriksson Tinghög – and Professor David Moore, of NDRI’s Melbourne office. Together they conducted a comparison of Sweden and Australia’s national drug strategies. The work has been written up as a refereed journal article currently in peer review. 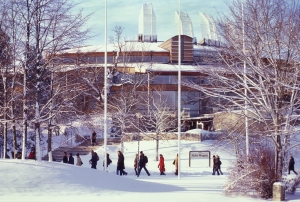 A/Prof Fraser’s second research trip to Sweden will focus on the interview-based component of the program. As with her research in Australia and Canada, she will conduct interviews with key alcohol and other drug policy makers, service providers and advocates, mapping and comparing the concepts of addiction underpinning their professional activities. The interviews will add to an already rich data set of interviews in NSW, Victoria and British Columbia (20 in each site), which are currently being analysed for substudy on the dynamics of activism in AOD policy. This substudy is being conducted in collaboration with Dr kylie valentine of the University of New South Wales’ Social Policy Research Centre.

Describing this phase of the fellowship, A/Prof Fraser said, ‘This is the next step in what is a large and challenging program of research. The data collection is strategically complex, especially in the Swedish site. Language differences are important even taking into account Sweden’s widespread English-language fluency, and there’s a need to place the research effectively in the very specific history of drug policy development in this country. Sweden’s drug policy takes a much harsher approach to drug users than Australia and Canada, even though it’s a very tolerant and egalitarian society in other respects. This unique set of circumstances will be examined alongside the ways in which Sweden understands and responds to its drug “addicts”, and the result will be a window into the relationship between culturally specific concepts of addiction and practical AOD policies.’